The Merrimack Valley TMA has collaborated with the City of Lawrence on a variety of projects over the past year including working closely with the Mayor’s office and the Planning Department as they look towards developing better pedestrian and bike infrastructure through-out the City, bring additional traffic calming improvements to the downtown area streets and to maximize connectivity, walkability and accessibility of the Lawrence Rail Trail through the MassDOT and Groundwork Lawrence/CLF/Lawrence Pa’lante partnership.

The TMA recently attended a trail walk of the portion of the project extending from Manchester Street to Merrimack Street and we wholeheartedly agree with the City and its partners that including bike infrastructure in the scope of the Rail Trail project will provide residents of Lawrence with much greater access to healthier lifestyle choices, better air quality and an amazing trail network from the New Hampshire border, through the City and along the Merrimack River. 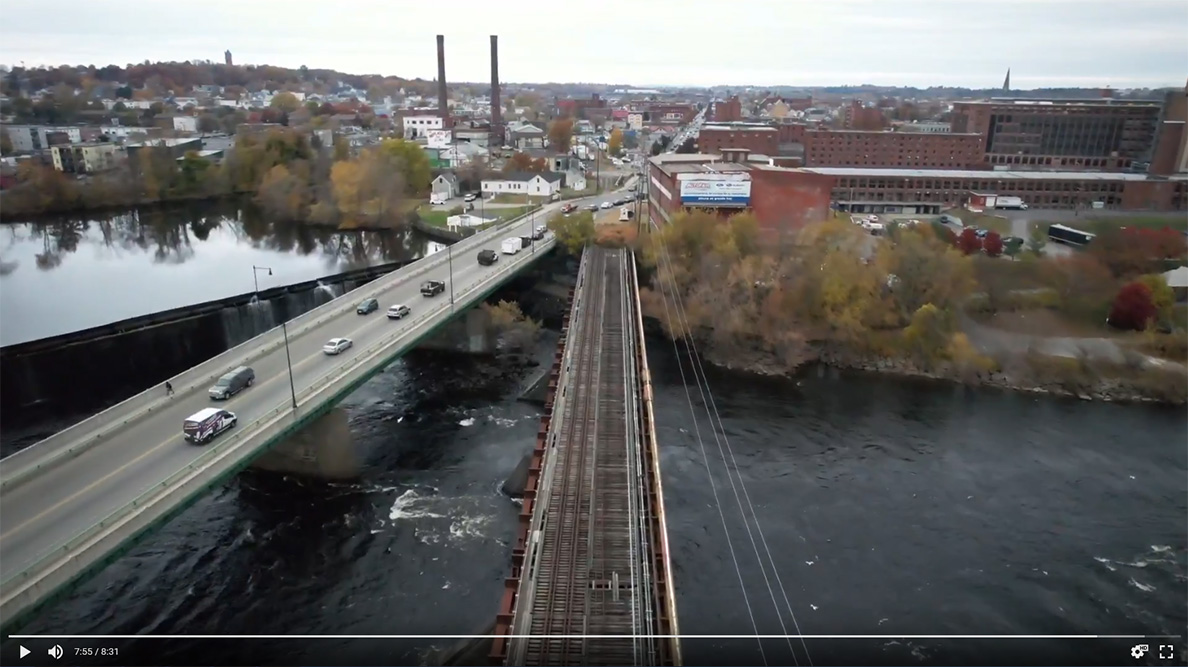 Drone footage of a Rail Trail project the Merrimack Valley TMA is working on with MassDOT, City of Lawrence and Groundwork Lawrence and Lawrence Pa’lante.

Footage courtesy of Francisco U.